I started with the City of El Segundo in 2017, just six months after completing EML. The City of El Segundo maintains an All-Hazards Incident Management Team. We are arguably the smallest jurisdiction in the country to have such a team. Without EML, I do not believe I would have had the leadership skills to influence the city leadership to commit the time and resources necessary to build such a team. It is pretty amazing that the preparedness of El Segundo is intrinsically tied to the success of the EML program. 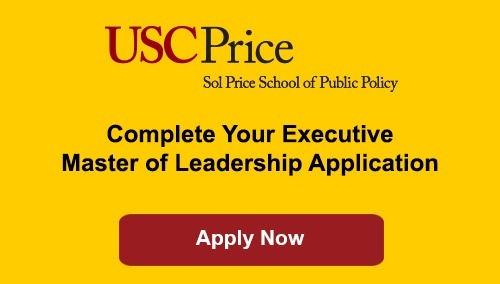 The Executive Master of Leadership (EML) degree is intended for professionals with five or more years of management or leadership experience. The curriculum centers around three distinctive priorities: Leadership through core values; multidisciplinary approaches to problem-solving; and fostering connections across public, private, and nonprofit sectors.